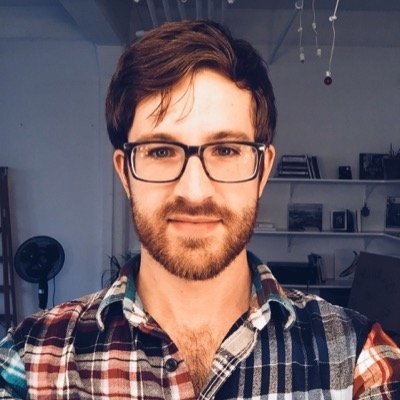 Often the best pop songs happen spontaneously and on impulse. Like A Prayer was written in a day. Sia Furler wrote Rihanna’s Diamonds in just 14 minutes. Brooklyn’s rising synthpop stars Great Good Fine Ok, meanwhile, bumped into each other on the street late last year, decided to harness their intuitive creative spirits, and finished their first song together in one night.

The resulting track, the epic ‘You’re The One For Me’ – and its memorable ‘sexy sandwich’ video of a girl getting inventive with her baguette fillings – triggered internet pandemonium and placed the duo firmly at the top of 2014’s New Artists To Watch lists. So remarkable was it that the song also swiped the #1 spot on Hype Machine twice in one month.
Singer/songwriter Jon Sandler and multi-instrumentalist/producer Luke Moellman haven’t looked back since. Their anthemic blend of dreamy electro flutters, R&B beats and lush, expansive pop, which has seen them compared to M83, Phoenix and Passion Pit, has caught the attention of Neon Gold, the tastemaking pop label that discovered has helped break Ellie Goulding, Icona Pop and Gotye. Live, meanwhile, Great Good Fine Ok have whipped up just as much frenzied excitement: their first gig in New York was in a sold-out venue of 300 people and weeks later, at South By Southwest, there were queues down the block for all of their six shows.

“It’s almost unprecedented,” says Jon of how the pair went from writing ‘You’re The One For Me’ to landing a major record deal within the space of eight months. “Before we had even imagined the strength of that song ourselves, we had people offering to make its video. People had so much faith in it.” Both in other bands and making different music at the time, they’d hit upon such an irresistible pop formula that they “quickly realised, ‘Ok, this is forever’ and decided to concentrate on GGFO full-time. They chose their idiosyncratic name just as instinctively. “It’s just such a perfect range of emotions that people deal with every day, and I can see them in each of our songs,” says Jon. “The universe gave us this music, that name, and vice versa, and it just kind of works.” 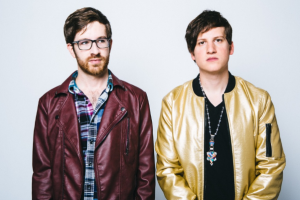 It’s only been a short while, perhaps, but Great Good Fine Ok stake their reputation on complex, fully realised, grown-up pop. Bound by a shared appreciation of iconic performers and producers like Michael Jackson, Quincy Jones and Prince, as well as influences as varied as Boyz II Men, Steely Dan and US jam-band Phish, Great Good Fine Ok want to put the soul back into synthpop. Luke, who studied jazz at university, is keen to stress that he isn’t a producer chasing current chart trends. “Pop music from the 70s to modern day is a pretty common thread for us,” he says. “But what sets us apart is that we’re real musicians first.”

You can hear this in their sharp songwriting, which is steeped in genuine emotion. On ‘You’re The One For Me’ in particular, with its warm, crisp snares and dreamy atmospherics, Jon’s gentle falsetto adds a heart-tugging sense of vulnerability. “That was the love song that had always been inside me,” says the singer. “And I think people are responding to how honest and epic it is. Everyone can relate to that feeling that somebody’s the one for them.”

Their follow-up single ‘Not Going Home’ is just as swoonsome. A sweeping festival-at-sundown track perfectly echoed by its title, it’s also suffused with lyrics on learning to let go. “It’s about not giving up on your dreams,” explains Jon, “and also about the feeling of home. I wrote it at the same time as my parents sold the house I grew up in and it was a very conflicted time.” In other words, it’s a sad song that you can throw shapes to – both technically complex and effortlessly danceable. “Yeah, there’s something about our music – and I think it’s the same thing that Michael Jackson tapped into – that makes people lose their inhibition a little bit,” Jon continues, who often performs in flamboyant kimonos that he finds in thrift stores. “Maybe part of it is that I’m dancing my ass off onstage but each show has been wild.”

Predictably, other acts are lining up to sample of Great Good Fine Ok’s sonic alchemy. While Jon is a born performer, Luke is more at home behind the mixing desk and has been remixing promising indie-dance acts, such as Le Youth, Young Liars, X Ambassadors, Foxes and Monarchy, and his remix of St Lucia’s ‘Elevate’ was premiered on Rolling Stone. Together, Jon and Luke have also been working with The Chainsmokers, the DJ duo behind the worldwide smash ‘Selfie’. Then there’s their own debut record, which they’re already busy putting together at home in Brooklyn. Things are going better than Great Good Fine Ok – more like Great Good Awesome Huge.