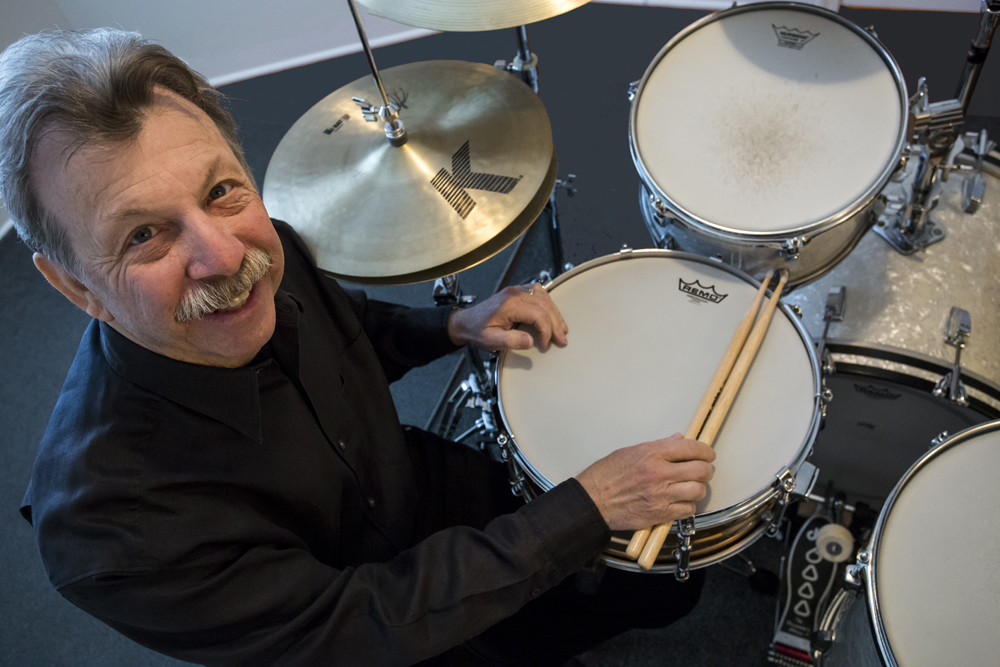 Born in Brooklyn, New York in 1951, David Drubin started as a tap dancer at the age of five. Drums became part of his life at the age of seven. Taught by Jack “Red” Snyder, he began performing in shows in Brooklyn and Long Island. As a teenager, he appeared on The Ted Mack Amateur Hour tap dancing and playing the drums.

In 1969, David arrived in South Florida from New York to attend the University of Miami on a music scholarship which positioned him as the “drum chair” with the University of Miami Jazz Band. “That was one of the greatest periods in my life. I had the good fortune of being in school and playing with great players, such as Pat Metheny, Will Lee, Danny Gottlieb and Mark Egan to name a few,” states David. “Playing shows and gigs around town with guys like Jaco Pastorius is something you never forget.” His years at the University of Miami allowed him to study with some of the finest music professors including Fred Wickstrom, Steve Bagby, and Frederick Fennell and perform with popular bands in South Florida, such as Sammy Spear (from the Jackie Gleason show), Jerry Marshall, Peter Graves and Joe Donato. He played in local clubs and hotels, such as the Fountanebleau, Eden Roc, Diplomat and Doral. Between semesters, David toured with Las Vegas entertainer Diane Varga as drummer and conductor performing in Japan, Hawaii, Okinawa and the continental United States.

After graduating in 1973, David traveled worldwide with Frankie Avalon where he was a featured performer throughout the 1970’s and again in the late 1980’s. David has been featured in numerous entertainment and music publications, such as Variety, The Miami Herald and Modern Drummer Magazine. He has been a member of the reader advisory board of Modern Drummer Magazine. David has garnered an acclaimed reputation playing drums and percussion with entertainers Sammy Davis Jr., Liza Minnelli, Frankie Avalon, Lorna Luft, Della Reese, Barbara McNair, Carol Lawrence, Nell Carter, Bob Hope and John Davidson to name just a few. David has also performed with the big bands of Harry “Sweets” Edison, Paul Cohen, Peter Graves, John Branzer, and Les Elgart, plus numerous tribute bands, such as Harry James, Count Basie and The Dorsey Brothers. Broadway musical productions include The Music Man, My Fair Lady, The King and I, Copacabana, Aida, Menopause The Musical, and 13 The Musical. David continues to perform with major touring celebrities and nationally known jazz performers throughout the United States. David resides in Miami Florida and Charlottesville Virginia. Recent performances include Bucky Pizzarelli, Jacqui Naylor, Ann Hampton Callaway, Sam Arlens The Wonderful Wizard Of Song, Mad Romance, TKs Swing Blue Revue, John Davidson, Robert Klein, Stephanie Nakasian, Hod O’Brien, The Diamonds, and many more. Industry reviewers have described him as ‘hard swinging’, ‘exciting and explosive’ and a ‘singer’s drummer’… all rolled up into one!

One thought on “David Drubin”