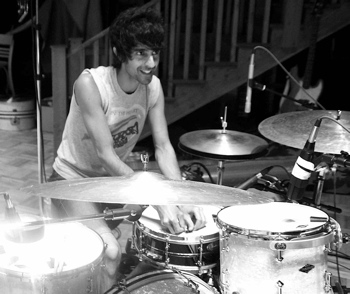 Sarab received his music degree from the University of Miami, and is a first-generation Indian from Philadelphia. He was with the band Harper Blynn based out of Brooklyn, who later relocated to Los Angeles. In addition the Harper Blynn record, Loneliest Generation, he also appears on albums by Wakey! Wakey!, Mieka Pauley, and Sami Akbari.