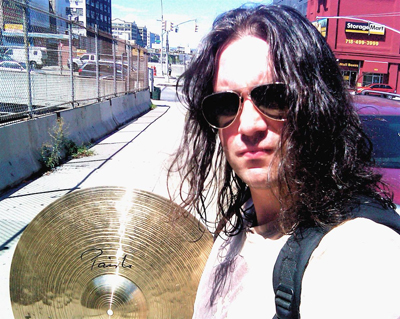 Music is in the blood of Matt Hankle. Not only are both his parents and his younger brother professional musicians, but so are aunts, uncles and grandparents. Raised on a steady diet of MTV, Buddy Rich and Steely Dan records, Matt pursued music with a passion. At 17 he left high school and joined Ringling Bros Circus touring band, thus beginning his professional career.

After attending a few semesters at University of Miami on full scholarship, playing in their renowned Concert Jazz Band, Matt chose to leave school so he could get back to working in the real world. During his ten years in New York City Matt played for the following Broadway musicals: Chicago, Mamma Mia, Dirty Rotten Scoundrels and Rock of Ages. Matt has toured and recorded with numerous artists, from many genres, including but not limited to Kaki King, The Blue Man Group, Vonda Shepard and most recently Soul Asylum. In addition, Matt has recorded for several Motion Picture soundtracks. Matt currently lives in Los Angeles and endorses Vic Firth sticks, Remo heads, and Paiste cymbals..