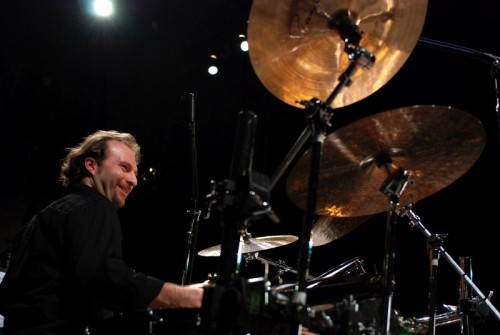 Lee just finished a new studio album with Barry Gibb (not yet released) who has plans for a future tour. He has previously toured/performed with Ricky Martin, Julio Iglesias, and Jon Secada.  Although mostly known as a studio session player, Lee’s experience’s also includes TV and award shows, classical and Jazz concerts, and performing in the World Premier of the Elvis Costello/Twyla Tharp Ballet, “Nightspot”.

As a writer, Lee has written and/or recorded commercials for Pantene, Bellsouth, Florida Lottery, McDonalds, and Domino’s Pizza. His compositions have been heard on NBC’s Friends, Saturday Night Live, Dateline, America’s Next Top Model and TMZ.  Lee has worked on many educational books, videos and CD’s for Alfred Publications including one he wrote for the Ultimate Beginner Tech Start Series entitled “Drum Programming Basics”.  He also released his own project in 2012 called The Voters.

And, check out his Modern Drummer blog post: On The Beat With Studio Drummer Lee Levin