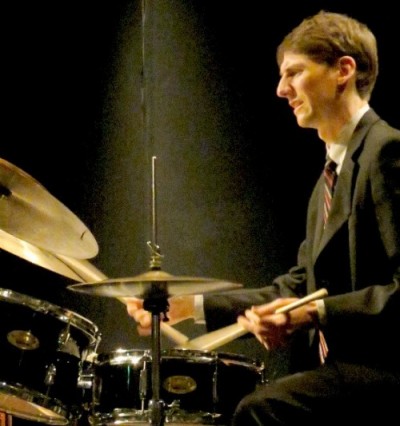 Austin performs weekly as a member of Jerry Bergonzi’s Quartet and has performed and/or recorded with George Garzone, Joe Lovano, Lionel Loueke, Ben Monder, Lage Lund, Kate McGarry and Grace Kelly. He has appeared as an opening act for Grammy award-winners Dianne Reeves and Esperanza Spalding.

as well as performing at jazz clubs, concert halls and theaters throughout the US, Italy, Germany, Finland, and France.

McMahon is the winner of the 9th annual Independent Music Awards for Jazz Song Category and Nominee for Best Jazz Album in the 11th annual IMA’s. His debut CD Many Muses was selected as a CDBaby Editor’s pick and described as “subtle, reverential to tradition, and thoroughly new.” He was recently featured on NPR JazzSet with Dee Dee Bridgewater, WLRN Miami (NPR station) and live on WGBH radio, Boston, MA.

Austin is also the co-founder, producer and recording artist for the burgeoning record label Fractamodi (fractamodi.com) and has recorded on over forty commercially released albums in the past several years.