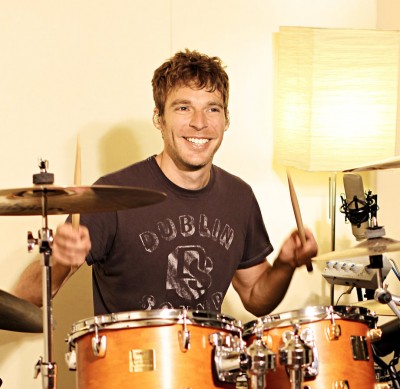 Steve Aho, originally from Portland, OR, began playing drums and the piano at around age 4. His mother, a pianist and pedagogue, and keyboardist father fostered a musical environment in which he thrived. By his early teens, he was performing with professional ensembles in the Portland area, and went on to continue his education at the University of Michigan (B.A.) and the University of Miami (M.A.). For fun during his free time, Steve began building computers and learning about audio engineering, which led to his mastery of music technology.

Steve can best be described as an all-in-one music go-to guy of the 21st century. Be it as a musician, producer, music director, conductor, arranger, engineer, or general music tech geek, he executes everything with thoughtfully tailored expertise and panache, making himself an indispensable part of every project in which he is involved.

Steve’s musical career has taken him to perform in five continents and in 49 U.S. States. He now splits his time between Los Angeles, California, and Graz, Austria, where he orchestrates, contracts and conducts large-scale orchestral studio sessions, including the newest albums of Harry Styles, Nate Ruess, Emile Haynie, Paramore, and Young the Giant. Steve plays drums and serves as music director for Warner Brothers recording artist William Joseph, with whom he has toured with Il Divo, Katherine Jenkins, and Josh Groban, and continually works with various artists in the pop/classical world. Steve also works regularly with mega-producer/music icon Peter Asher on various album projects and performs in his memoirs show. Well versed in many different styles of music, he has performed worldwide with diverse artists from jazz vocalist Monica Mancini to Engelbert Humperdinck. He has has performed at Academy Awards and the Emmy Awards.