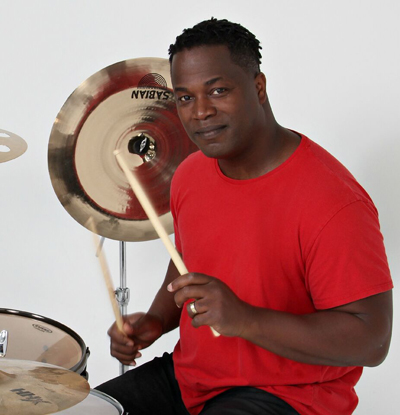 When Jeff Beck accepted an invitation from singer Joss Stone to drive down to the English coastal town of Exeter in Devon to audition Jonathan Joseph for the new band he was putting together, the legendary guitarist did not expect to find an American who subscribed to the Billy Cobham school of fusion drumming living just ‘down the road’ from his own home in East Sussex.

Beck immediately struck up a rapport with Jonathan and since then they’ve been touring the world together, as the Jeff Beck Band scores rave critical reviews, sold-out concerts and major gigs including Eric Clapton’s Crossroads Festival. As if to confirm the synergy between the two, the Jeff Beck Live in Tokyo 2014 DVD and Jeff Beck Live + album are reminders that creative musical daring is alive and well whenever Jeff, Jonathan and the rest of Beck’s stellar band hit the stage.

But there is much more to Jonathan Joseph than just drumming. And Beck isn’t the first legendary artist with whom he’s collaborated. Indeed, the list of names who have benefited from Jonathan’s drumming (and studio production capabilities) attests to the fact that this two time Grammy-winning musician/engineer is no overnight sensation.

Born October 25 1966, Jonathan started drumming in church services at the age of six, all the while gaining a solid music background through the choir director, his mother. Having such strong progressive roots in gospel meant that during his high school years he found it easy to transition into jazz.

After attending the University of Miami Frost School of Music, Jonathan formed and directed the modem jazz band Decision. In fact, his first real break came when Decision opened for Dizzy Gillespie at the legendary trumpeter’s seventieth birthday celebration. Later, while working as a freelance musician, he found himself on stage with top-flight artists including Stanley Turrentine, Monty Alexander, Lou Donaldson and Mongo Santamaria.

Versatility once again came into play when in 1988. Jonathan joined steel drum great Othello Molineaux and toured the U.S. promoting the CD It’s About Time, which features his drumming on six tunes.

Then, in 1990, Jonathan stepped out of the jazz arena to spend the next three years playing the R&B circuit and touring extensively with Grammy Award-winning vocalist Betty Wright and recording her CD B-Attitudes.

Jonathan re-entered the jazz scene in 1993, joining legendary Weather Report founder Josef Zawinul in his band The Zawinul Syndicate before touring with Latin jazz flutist Nestor Torres in 1994, which in turn led to joining chart-topping saxophonist David Sanborn in 1995. Next up, Jonathan join multi-Grammy-winning jazz/world guitarist Pat Metheny for the Asian portion of the Pat Metheny Group’s We Live Here tour in October 1995.

Between 1996 and 1998 Jonathan maintained a rigorous touring and recording schedule with major artists Al Jarreau, Mike Stern and Bill Evans, as well as performing on the Grammy-winning Randy Brecker album Into The Sun, in late 1998.

Touring with pop superstar Ricky Martin was next, first on the Vuelve tour of 1999, then the Livin la Vida Loca promo tour in 2000, after which Jonathan teamed up with all-star jazz-fusion band Yellowjackets and performed with bass sensation Richard Bona.

By 2004, Jonathan was drummer and musical director for Joss Stone’s Soul Sessions tour, which led to him meeting and marrying Joss’s mother, Wendy.

After relocating from the U.S. to Devon, Jonathan stepped away from touring so he and Wendy could concentrate on opening a live music venue. Not only did Mama Stone’s become a well-known destination for live music, it offered an artist development program that provided guidance and support for young musicians, as well as a stage to many up-and-coming artists.

In 2010, whilst running Mama Stone’s, Jonathan received his second Grammy Award, this one as recording engineer on the Joss Stone track This Little Light Of Mine. 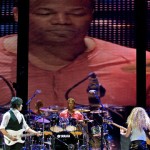 When Jeff Beck met Jonathan while guesting with Joss at Mama Stone’s, the guitarist realized that Jonathan was a drummer who appealed to his sense of what ‘real’ drumming was all about. So as of 2013, a year that included such highlights as playing Eric Clapton’s famed Crossroads Festival and the critically acclaimed Jeff Beck/Brian Wilson tour, Jonathan was once again touring the world. 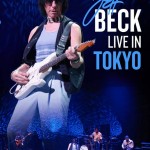 Global dates and record production in 2014 – including the Beards and Beck Tour with ZZ Top – production credit on Joss Stone’s UK hit single entitled No Man’s Land – saw the 2015 release of the Jeff Beck Live In Tokyo DVD and Jeff Beck Live + CD, as well as Joss Stone’s Water For Your Soul, featuring Jonathan on the track The Answer. In addition to continuing to tour with Beck in 2015, Jonathan, always keen to inspire others in their music education and career ambitions, released his book Exercises in African-American Funk (Modern Drummer Publ.) to critical acclaim. And he moved home from England back to Florida, as he and wife Wendy continue their path into the future.