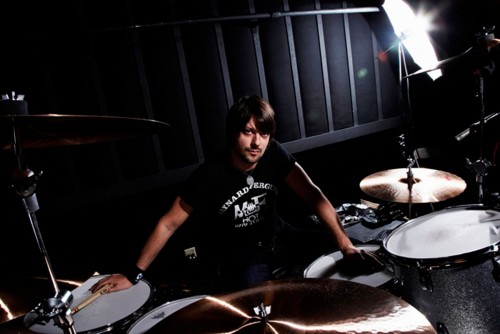 Born in Potsdam, New York, Jason began playing drums at the age of nine and played his first professional gig at the age of ten with his band Paragon! Playing his first “bar gig” at thirteen, Jason continued to play clubs throughout his high school years. Upon graduation Jason attended the esteemed University of North Texas earning a Bachelors degree in music education and later attending the University of Miami as a graduate assistant. While pursuing his Masters degree in orchestral percussion, Jason taught, performed and recorded with the top ensembles at the University, including the renowned “Concert Jazz Band” (CJB). While still in Graduate school, Jason landed his first tour with Atlantic recording artist Juliana Hatfield located in Boston, Ma.. While there Jason recorded performed and toured with such artists as: Letters to Cleo, Jack Drag and Ben Lee among many others.

Since moving to Los Angeles Jason has recorded, performed and toured with such artists as: The Rembrandts, Kenny “Babyface” Edmonds, Pink, The Campfire Girls, Joe Walsh, Butch Walker, Our Lady Peace, Dean and Robert DeLeo (Stone Temple Pilots) as well as many others. Jason has also made numerous television and feature film appearances Including The Tonight Show with Jay Leno, Late Night with Conan O’Brien and The late show with David Letterman. In 2001 Jason was cast in Stanley Kubricks “AI” directed by Steven Spielberg and In 2005 completed an extensive UK, US and Japanese tour with his band American Hi-Fi. In 2006 Jason helped develop and was an original cast member/musician for the hit broadway musical “Rock Of Ages” and in the same year went on to record and play with multi platinum artists Smashmouth.

Following three years of international touring and recording with Soundgarden/Audioslave front-man Chris Cornell, Jason recorded and toured with Vertical Horizon. In 2010 he completed the “Cant Slow Down” world tour with American rock legends Foreigner and immediately began touring with punk rock icons the New York Dolls. After two successful tours with Dolls in the US and UK, Jason was enlisted by shock rocker Marilyn Manson during the recording of his Grammy nominated “Born Villain” album and spent the next two years touring internationally for Manson’s “Hey Cruel World” tour.

In 2014 Jason is back on tour with Smashmouth celebrating their 20th anniversary and is currently touring worldwide on their “Under The Sun” tour. In addition to conducting drum clinics and lecturing at Universities across the US, Jason also freelances in and around Los Angeles.